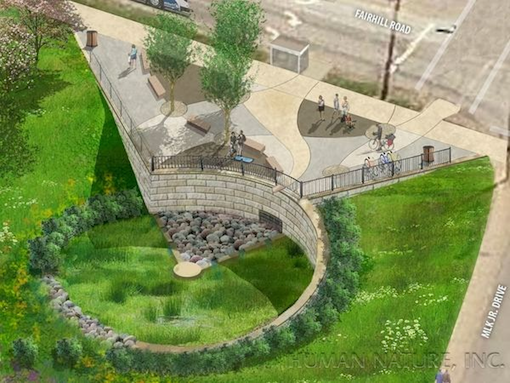 Consider it a who's who of green infrastructure, and the summit's coming to Cleveland.

The summit is jointly hosted by U.S. Environmental Protection Agency, the Sewer District and Cleveland State University October 26-28, intending to foster better implementation of green infrastructure throughout the country. 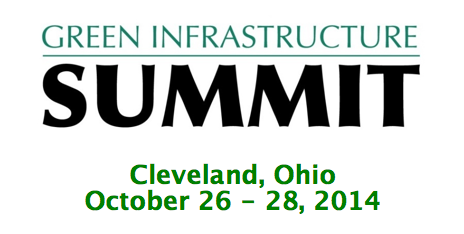 As part of the summit, the Sewer District will hold a press conference Monday, October 27, 2014 at 2:00 p.m. at the project site located between Aetna Road and Union Avenue on E. 78th Street in Cleveland, celebrating the completion of the Green Ambassador Slavic Village Demonstration Project.

"This is an exciting day for the Sewer District and the Greater Cleveland community," said Julius Ciaccia, Executive Director of the Northeast Ohio Regional Sewer District. "This is the first green infrastructure project completed in a residential neighborhood under Project Clean Lake. It is also a perfect example of utilizing a mix of vacant and private property to address water quality issues."

Project Clean Lake is a $3 billion federally mandated initiative designed to reduce the amount of raw sewage overflowing into the environment (i.e. combined sewer overflows) from 4.5 billion gallons to 500 million gallons by 2036. It includes the construction of seven large-scale tunnels, like the Euclid Creek Tunnel, to capture large volumes of sewage before it discharges into the environment.

In addition, it includes the construction of green infrastructure—like bioretention basins and rain gardens—to capture stormwater before it makes its way to the sewer system. As part of Project Clean Lake, the Sewer District will construct a number of green infrastructure projects in advance of many of the planned tunnel systems; at least nine large green projects will be completed by 2019.

"When the Sewer District negotiated the terms of Project Clean Lake with the federal government, it was one of the first agencies in the nation to suggest the use of green infrastructure to keep stormwater out of the combined sewer system."
—Kellie Rotunno, Director of Engineering and Construction

"The Sewer District will continue looking for green infrastructure opportunities and partnerships that help us keep our Great Lake great."

The Green Ambassador Slavic Village Demonstration Project will intercept approximately 200,000 gallons of stormwater in a typical year, and prevent that stormwater from entering the combined sewer system.

It includes three bioretention basins—two on East 75th Street and one East 78th Street—that collect, treat, and infiltrate stormwater runoff prior to overflowing into the Morgana Run culvert, a stormwater overflow culvert that receives combined sewer overflows during rain events.

The E. 78th Street project sits on five parcels, former vacant properties which fell victim to the housing crisis and were purchased from the Land Bank.

The Green Ambassador Slavic Village Demonstration Project is also part of the Sewer District’s partnership with the U.S. EPA Office of Research and Development.

The inaugural summit last year was held in in Syracuse, New York.
Posted by Northeast Ohio Regional Sewer District at 6:06 AM