Hollywood and the stars of "Captain America: The Winter Soldier" left their mark in Cleveland last summer.

At our facilities, they left their marks right on the walls.

Yes, two Northeast Ohio Regional Sewer District facilities served as shooting locations last May for the latest installment of Marvel's Captain America franchise, set for release next month. Those locations included a series of tunnels under our Southerly plant in Cuyahoga Heights, and Lakeview Cemetery Dam in Cleveland. When filming concluded at each location, the actors signed two walls where the scenes took place.

"It was an amazing opportunity for us," said Manager of Community and Media Relations Jean Chapman. "We we able to accommodate the shoot without impacting our services."

Local media reported that the Sewer District might have been one of several Cleveland shooting locations for crews and stars last summer, but we could not confirm that fact based on our agreement with the production company. Jean said the company was very grateful for the accommodations we offered, and it was a reflection of the welcoming reception they received from Cleveland overall.

In gratitude for allowing crews to film on our locations, producers made a donation to the Cleveland Foodbank, a partner our employees have supported in previous fundraising campaigns.

While shooting in downtown Cleveland took center stage last summer, many onlookers wondered where stars like Samuel L. Jackson and Chris Evans were while stunt doubles received most of the camera time. The signatures in our photos reveal where they might have been.

The movie is set for an April 4 release, and two of its trailers include clips that were filmed on our sites—but we admit that the fleeting glimpses might only be recognizable by employees familiar with the locations.

VIDEO: Watch how a toilet works in outer space. Because science.

If you've ever wondered how astronauts go potty in space, here's a video. But don't worry, it's totally SFW.

This NASA clip featured on ABC News shows astronaut Cady Coleman playing with food in a very educational way to help answer one question that so many of us wonder. Using candy chocolate, Cady shows the Space Station toilet's suction, as well as how astronauts dispose of waste when their finished in the facilities.

Based on our previous blog posts, a toilet like this doesn't come cheap, but at least it will get a lot of attention even after its life in orbit is long gone. Fascinating, no?
Posted by Northeast Ohio Regional Sewer District at 1:45 PM No comments:


This rendering of a Sri Lankan hotel that just got a green light for 2016 takes sustainability to a whole new level. Forty-six floors to be exact.

A Fast Company feature described this project as a "living high rise covered in a forest," inspired by a hotel that had been carved into a lush mountainside. It will feature 13,000 square feet of solar panels and a plant irrigation system fed by recycled wastewater.

INSIGHT: The past, present and future of Project Clean Lake's "green alternatives" 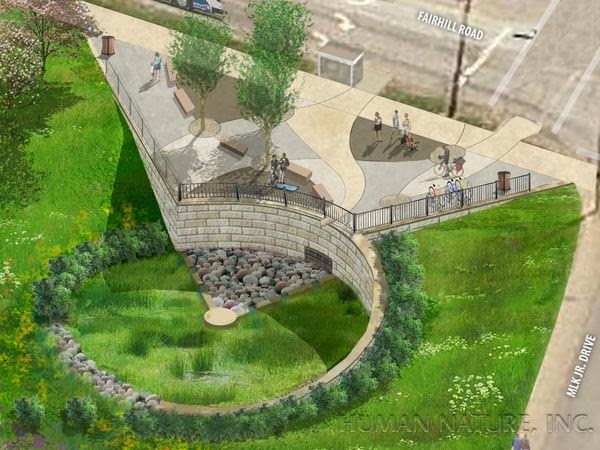 Gray, green, or in between? For us, that's an important question.

cleveland.com has been presenting a series of articles focused on Project Clean Lake, our 25-year $3 billion plan to reduced combined sewer overflow pollution. The stories have covered the agreement's history and raised questions about "green alternatives" we may or may not have considered along the way.

In response, we've blogged about the alternatives we considered in the early 2000s, as well as the groundbreaking nature of our eventual agreement that allows us to evaluate and increase green-infrastructure implementation where it makes the most sense, both financially and environmentally.

Let's take a closer look at those points for a moment to better understand how green fits in the scene.

Read more »
Posted by Northeast Ohio Regional Sewer District at 9:39 AM No comments:

NEWS: "Is there a cheaper, greener way?" Let's take a look. #neorsdGREEN

A story posted today on cleveland.com asks the question, "Is there a cheaper, greener way" to prevent billions of gallons of sewage and stormwater from polluting Lake Erie?

It's the first in a series of articles set to look at the financial, green, and comparative aspects of our 25-year program known as Project Clean Lake [video], an effort to reduce combined sewer overflows that affect our Great Lake during heavy storms.

The article raises good questions and we hope continues to further productive conversation about our water resources and how they must be protected responsibly. But there four quotes from the story that could benefit from more perspective. 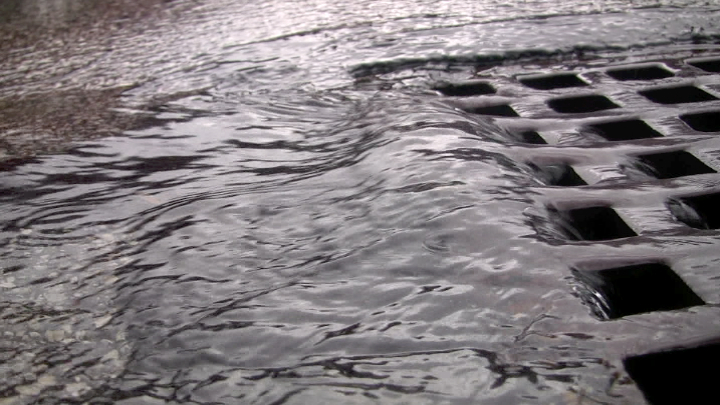 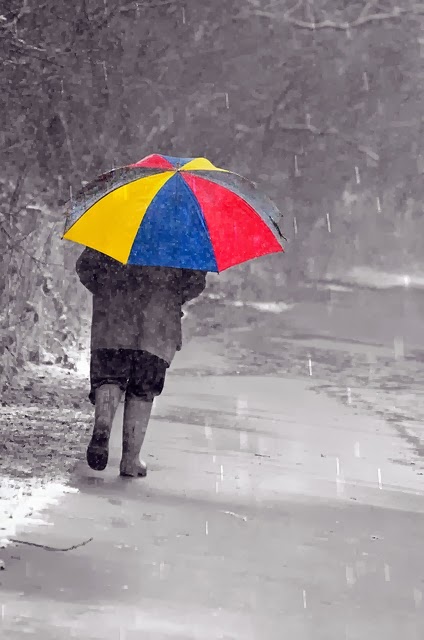 With inches of snow still on the ground and warming conditions and rain in the forecast, the combination has potential to increase flooding risks across Greater Cleveland.

In preparation for upcoming wet weather events, we want customers and residents know how and why wet-weather events impact our region’s sewer infrastructure. With snow still standing on the saturated ground, it is possible that the rainfall could affect areas prone to flooding.

Here are some common questions amidst the anticipated warming trend.

How do storms impact sewers? Isn't that what sewers were designed to handle?


The first concern is the amount of combined sewage entering local waterways. Combined sewage is flow that contains both sewage and stormwater. Here's why:

In Cleveland, inner-ring suburbs, and many other older communities, sewers were designed in the 1800s as combined sewers to carry both sanitary sewage and stormwater in the same pipe. During heavy rains, these sewers are overwhelmed and combined sewage overflows into the environment. When there is snow-covered ground and the earth is already saturated, the rain is not soaked slowly into the ground; instead, it runs off to sewers, increasing flow volumes tremendously.

NEWS: Mayor Robert Stefanik, Sharon Dumas appointed to Board of Trustees, will be sworn in March 6

Mayor of North Royalton Robert A. Stefanik and Sharon A. Dumas, Director of Finance for the City of Cleveland, have been named to our Board of Trustees.

Mayor Stefanik was elected by the Suburban Council of Governments and Ms. Dumas was appointed by Frank G. Jackson, Mayor of Cleveland.

These changes are effective March 6, when both are sworn in prior to the Board meeting.

#LoveCleanWater: A love letter to water

Sometimes we get a little emotional, a little romantic.

Admittedly, not everyone has the ability to capture the true essence of their emotions in writing. Here, we pour out our hearts and encourage you to share these words of love for water with the ones you love.

Read more »
Posted by Northeast Ohio Regional Sewer District at 6:13 AM No comments:


In our business, there is much to talk about when it comes to our "business." Our bodily functions and trips to the bathroom every day account for much of the flow we treat and release to Lake Erie.

But when unique opportunities arise to educate about the importance of clean water and the sewers that make that possible, we take them seriously.

Even if the phrase "dinosaur poop" does make you snicker.

Read more »
Posted by Northeast Ohio Regional Sewer District at 10:38 AM No comments:

NEWS: Banner and Lombardi out, ...wait, what's that gotta do with clean water?

Cleveland is a football town. So when shake-ups like today's make things look messy, fans keep hope in a better future, right?

We guess something similar could be said for our work: The efforts to clean wastewater and release it safely to the environment can be messy, misunderstood, or simply overlooked, but we know the results are worth it—a great Great Lake, and a better future for our water resources.

Many of us are Cleveland fans, and we serve teams' stadium, ballpark, and arena guests by treating the thousands of gallons of wastewater that flow during every game. But whatever team you root for, whatever game you play, clean water is a victory we can all celebrate.

Posted by Northeast Ohio Regional Sewer District at 11:17 AM No comments:

PICS: I found love at a wastewater treatment plant. #LoveCleanWater

Love and beauty are all around us—yes, even at treatment plants that process nearly 200 million gallons of wastewater every day.

We offer a few of the photos of love and beauty we've captured at our facilities.

RELATED: We offer an annual Open House every fall. Join us! 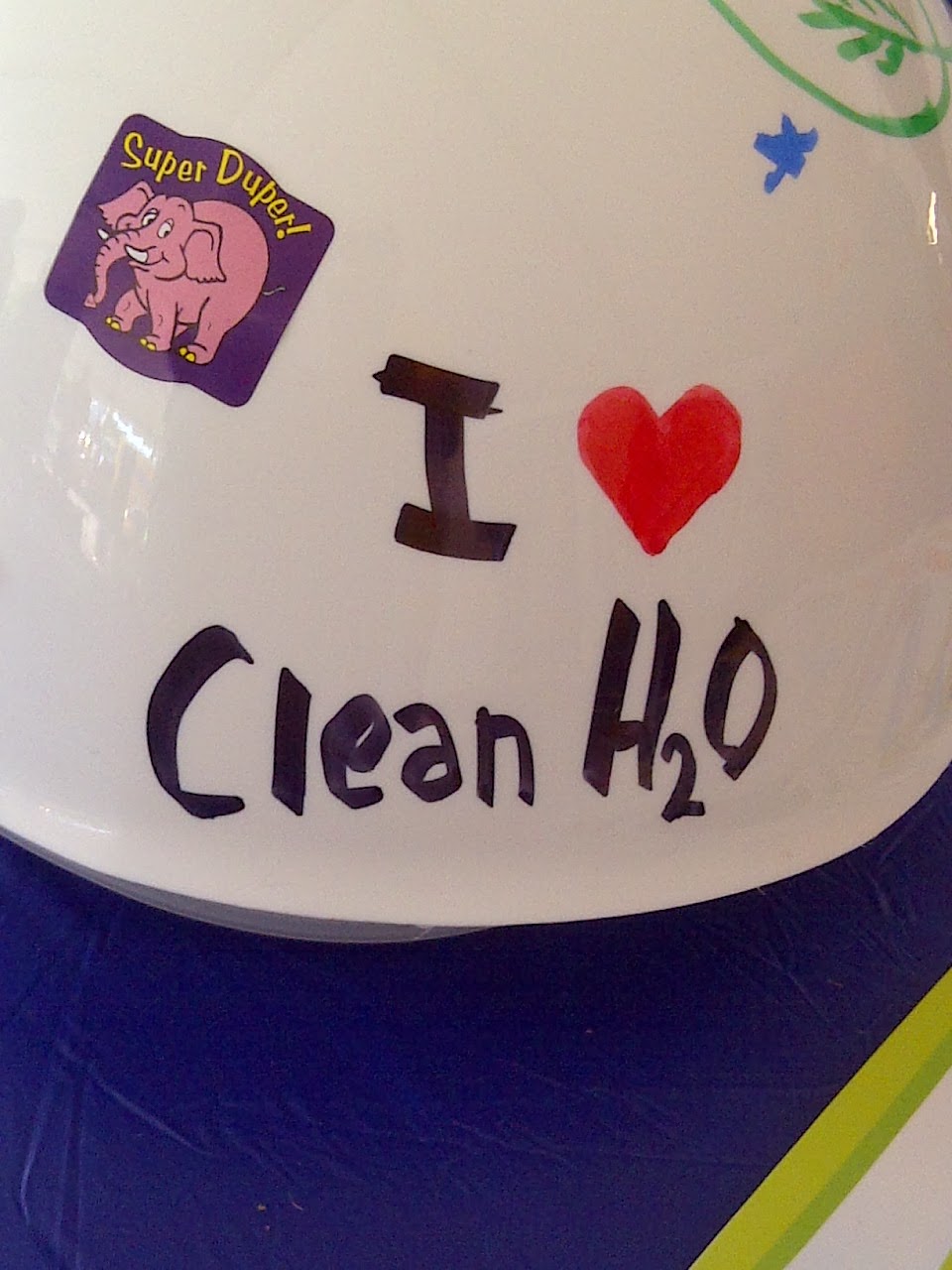 Posted by Northeast Ohio Regional Sewer District at 10:26 AM No comments:

TECH: Bath to the Future? Gadgets of 2030 could include smart bathroom fixtures

Great scott, this is heavy: The bathroom may become the new frontier of health-meets-household-technology over the next 16 years.

That's the prediction of Forum, one UK nonprofit which recently envisioned what kind of products consumers will yearn for in the year 2030.

Several of the concepts shared by Fast Company include a health-monitoring toilet and a touch-screen mirror that displays your current vital statistics.

People have asked me what surprised me the most here in Sochi. It's this. Without question ... it's ... THIS. pic.twitter.com/1jj05FNdCP
— Greg Wyshynski (@wyshynski) February 4, 2014


Journalists covering the Olympics are tweeting their experiences as they have arrived in Sochi this week. Two words: Not good.

Despite the enormous price tag of this Olympic games, some of the infrastructure-related tweets from journalists offer scenes of unfinished accommodations and utilities just two days from the Opening Ceremonies, and The Washington Post has plenty more.

We share them here not in jest, but as a reminder of the infrastructure resources that require proper planning, delivery and ongoing maintenance that we so easily take for granted.

Read more »
Posted by Northeast Ohio Regional Sewer District at 8:52 AM No comments:

From eliminating garbage-can odors to clearing clogs, vinegar has a lot more uses than just cooking. More importantly, it can eliminate the need for hazardous chemicals that can affect your plumbing and our environment.


For more healthy home tips, check out our "A healthy environment starts at home" handbook, a handy reference for recycling resources, disposal methods, and cleaning alternatives that will keep our water clean and environment safe.

Posted by Northeast Ohio Regional Sewer District at 9:39 AM No comments:

FEBRUARY: Love is in the air, and our heart is in the water. #LoveCleanWater 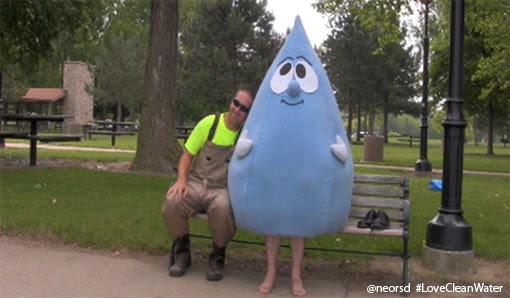 How do we love thee? Let us count the ways.

All February long, we'll be sharing stories, tips, and tweets about how all of us can and do #LoveCleanWater. From what we do at home, to huge unseen projects underground, there are ways all of us can show our love for clean water.

Posted by Northeast Ohio Regional Sewer District at 11:35 AM No comments:

TIPS: Your bowl is not super. #FlushResponsibly 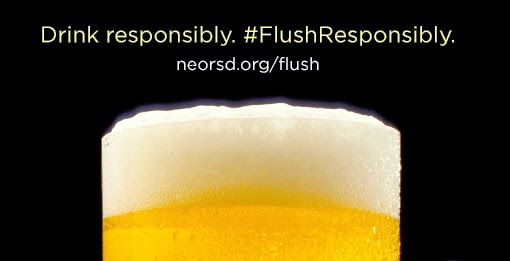 One brew company estimated 50 million cases of beer are consumed on Super Bowl Sunday, resulting in 1.4 billion trips to the bathroom.

With that many potty breaks, chances are that there's more being flushed down the toilets than fluids and good ol' TP.

We hope everyone celebrates today's football festivities responsibly, and we also encourage you to flush responsibly: That means not using your toilet as a trash can.

Garbage like napkins, paper towels, disposable wipes, wrappers and so much more can cause plumbing problems and even wreak havoc farther down the line in community sewers. Dispose of trash in the can and help save sewers and your own drains from potential problems.