We penned 120 blog posts in 2013, highlighting projects, issues, progress and humor to help customers better understand our work. Here were some of our top stories and how we covered them. Thanks to Mike Uva for the recap. 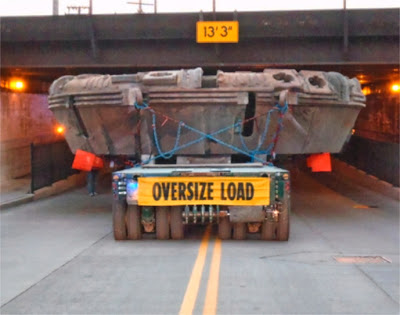 We celebrated our 1,500-ton Tunnel Boring Machine’s successful three-mile excavation of the Euclid Creek Tunnel, completed ahead of schedule and under budget. Mackenzie was named “International Project of the Year” by the Tunnelling Association of Canada. 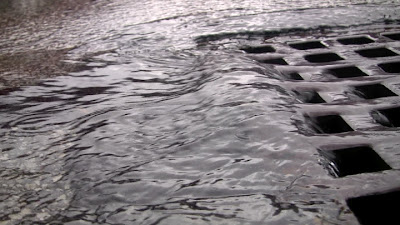 In September, the Ohio Eighth District Court of Appeals ruled that the District does not have the authority to implement its Regional Stormwater Management Program or collect a fee. The District is appealing the Court’s ruling to the Supreme Court of Ohio. 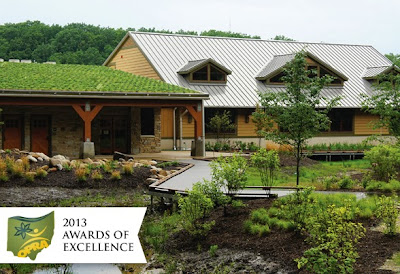 In June, the District and Cleveland Metroparks celebrated the dedication of the Watershed Stewardship Center at West Creek in Parma. The District supported the Center with a $3 million contribution and permanent on-site staff. The Center received a 2013 “Award of Excellence” from the Ohio Parks and Recreation Association, and is an opportunity to expand our watershed and environmental education efforts. 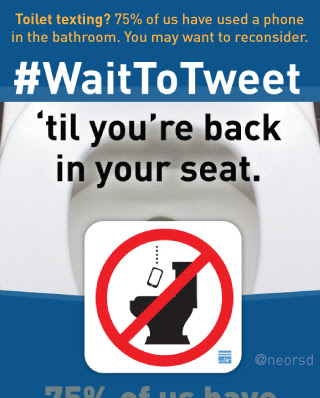 Our infographic and stats about cell-phone-users’ toilet-texting trends was our way to educate customers about the flow of water beneath their seats. It received a nod from the Plain Dealer, Cleveland Scene, and Alan Cox’s radio show, and also received tons of mentions at Progressive Field during the Indians season. 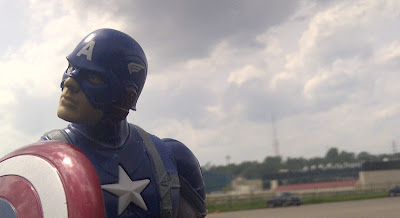 In May, Lakeview Dam and Southerly Wastewater Treatment Plant served as filming locations for a major motion picture set to be released in 2014. Details coming soon. 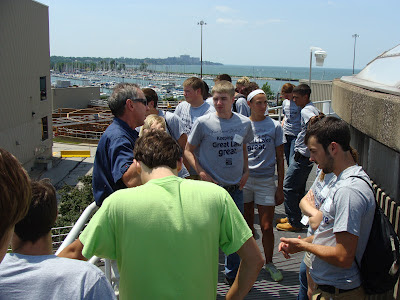 Throughout the year, nearly 900 guests participated in 26 tour events at our Westerly plant in Cleveland. 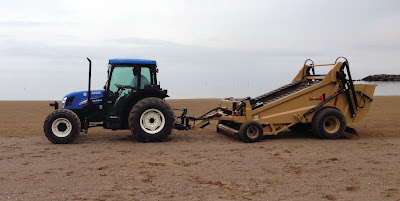 In 2013, the District partnered with the Cuyahoga County Board of Health and WKYC TV-3 to educate viewers about the water quality at area beaches, and swimming safety updates were posted via Twitter. In addition, a new partnership with Cleveland Metroparks that included the District purchasing beach cleaning machines (as pictured above) resulted in better overall quality for Euclid Beach and Edgewater Park.

Employees map and run a 5K for charity 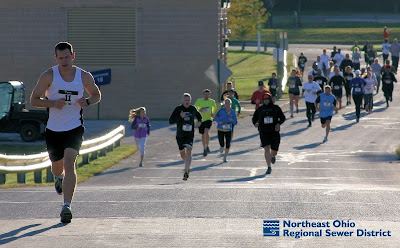 In September, the District held its first-ever Cuyahoga River Clean Water Classic 5K at Southerly. Coordinated by the Employee Charity Committee and the Health & Wellness Committee, the event raised hundreds of dollars for charity.
Posted by Northeast Ohio Regional Sewer District at 11:31 AM

Email ThisBlogThis!Share to TwitterShare to FacebookShare to Pinterest
Tags: 2013, events