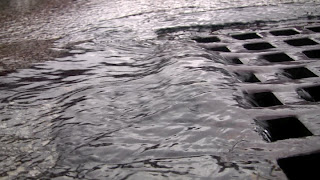 The Sewer District, under Ohio Revised Code Chapter 6119 and founding charter, is not only authorized to manage stormwater, but impose a fee for that purpose.

The Regional Stormwater Management Program is designed to address flooding, streambank erosion and water quality issues throughout much of Northeast Ohio.

RELATED STORIES: 3 things to know now that a #StormwaterProgram ruling has been made

“This is a great victory for the region,” said Darnell Brown, Northeast Ohio Regional Sewer District Board of Trustees President. “Stormwater is causing damage and inter-community flooding problems, and we can now tackle this growing problem with a regional solution.”
The Supreme Court was asked to hear two Propositions of Law:
Ruling in favor of the Sewer District were Justices Paul E. Pfeiffer, Judith Ann Lanzinger, William M. O’Neill and Chief Justice Maureen O’Connor. Justices Sharon L. Kennedy and Terrence O’Donnell dissented. Justice Judith L. French concurred in part and dissented in part.

“There are many sound policy reasons to support or oppose the creation of the Sewer District’s regional stormwater-management program and its attendant fee structure,” writes Justice Pfeiffer in the ruling. “In our view, the statute plainly indicates that ‘waste water’ comes in two forms. One is ‘any storm water.’ The other is ‘any water containing sewage or industrial waste or other pollutants or contaminants derived from the prior use of the water.’ There is no other plausible reading of the definition.” 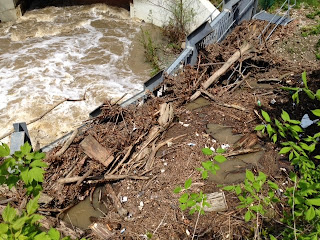 “We are pleased with the Ohio Supreme Court’s decision and the statewide impact it has for other similarly-governed agencies across the state,” said Marlene Sundheimer, Chief Legal Officer. “The Ohio Eighth District Court of Appeals’ prior ruling jeopardized stormwater programs throughout Ohio and now, without a doubt, we can continue to address large-scale stormwater problems on a regional basis.”

The prior court’s ruling suspended the Sewer District’s program, effectively terminating construction projects and maintenance work. All billing was suspended and collected funds were placed into escrow.

Although the Sewer District will re-start the Regional Stormwater Management Program, a specific date—either for re-mobilize construction projects or resuming billing—has not yet been established.

“There is a tremendous amount of work required to resurrect this vital program,” said Frank Greenland, Director of Watershed Programs. “$20 million in fees was collected before the program was suspended and we will work diligently to prioritize projects and resolve regional flooding and erosion problems.”

Court Case Timeline:
“Let’s get this program back up and running and get some work done,” said Julius Ciaccia, NEORSD CEO.

Updates will be provided to customers as soon as possible.

The Sewer District’s Regional Stormwater Management Program will address flooding, erosion and water quality problems throughout its defined service area. In addition, the Sewer District will assume responsibility for millions of dollars of necessary maintenance along streams across the region.

The average homeowner within the Sewer District’s Stormwater Service Area was charged $5.05 per month, or $60.60 per year, to pay for stormwater-related construction projects and maintenance. The Sewer District identified more than $220 million of needed construction projects, and detailed planning on some projects has already begun. These stormwater-related projects will provide relief to multiple communities within each watershed. Several emergency projects were completed in 2013 and others were actively under construction. Projects with alternative funding sources are continuing until funds are exhausted, whereas other much-needed projects were immediately suspended
Posted by Northeast Ohio Regional Sewer District at 12:53 PM