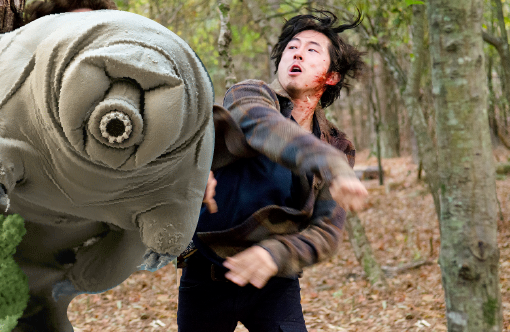 For all you The Walking Dead fans out there, you may be surprised to see a similarity between this AMC franchise and the science of water quality.

We introduce you to the Are-you-kidding-me?-Is-that-thing-still-alive?!? water bear, also known as the tardigrade.

These microscopic buggers are known for their ability to endure the most extreme of conditions—from heat, to cold, to radiation, to the very vacuum of space. These guys know how to survive for the long haul, and those who study them have referred to water bears as "indestructible."

Now water bears aren't out to takeover the world, and we find them to be friends in our water-analysis efforts. But if a sci-fi style "tardigrade apocalypse" was imminent, how might we defend ourselves? 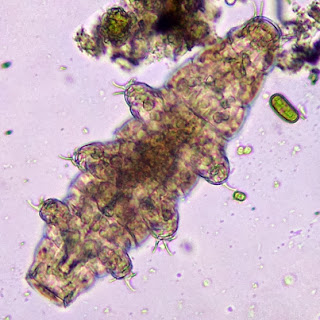 "I've found that water bears are not common in environmental conditions where ammonia is high," said Wastewater Analyst Lindsey Venesky. "So it's assumed that they are not tolerant of high levels [of ammonia]. But lab results have not been verified."

We know ammonia can affect aquatic life such as fish and microorganisms, and it is something wastewater treatment plants monitor closely to protect the environment.

"Lakes, ponds, meadows, on mosses and lichen, pretty much in moist environments, they can stay active wherever they can retain at least some moisture. But they can go without food and water for 10 years or so" through a dormancy phase known as cryptobiosis, Venesky said.

So if AMC were to start a TWD spin-off about a tardigrade takeover, would ammonia be the weapon of choice?

"Maybe high amounts of it," said Lindsey, reiterating her statement that it is still only an assumption and not a lab-proven fact. At least that gives us time to finish casting for the pilot episode.